At the end of last year, investors were worried that monetary policy was tightening at a time when the outlook for growth was deteriorating. Importantly, the environment in the US appears to have improved with expectations of a more supportive monetary policy being met by an improvement in first quarter growth, as estimated by the Atlanta Fed. Consequently, following the fall in prices in the fourth quarter of last year, bond and equity markets have risen this year with the world equity index up 12.3% in US dollar terms (10.2% in sterling and 14.6% in euros). We have not made any major changes to portfolios over the past fortnight.

Equity markets, with the exception of Europe, generally delivered modest gains over the fortnight. Markets initially performed well, before falling as equity investors responded to lower government bond yields, caused by indications of lower interest rates by the Fed and disappointing flash manufacturing Purchasing Manufacturers Indices (PMI) in Europe. Losses were subsequently reversed across most major equity markets as the month ended.

The fall in bond yields in the US was triggered by the Fed lowering its interest rate projections, with no rate rises forecast for 2019 and only one in 2020, and by announcing the formal end of quantitative tapering in September 2019 and a meaningful scaling back from May 2019. The yield on some longer dated US bonds fell below that of shorter dated bonds — the 10 year yield fell below the three month yield. Market participants refer to this scenario as ‘yield curve inversion’ and worry that it could be an indicator of a recession further out. However, the predictive ability of the signal is mixed and the conclusions to be drawn from the current partial inversion are even more uncertain. Meanwhile, European yields fell on concerns of weak European growth with poor flash manufacturing PMIs across the continent.

Elsewhere, the China/US trade talks received a lot of attention, with fears that more bad news could drag the market down. Confusingly, messages coming from the negotiations were unclear. On the one hand, US trade officials expressed concerns over China’s continued unwillingness to concede ground on issues relating to intellectual property rights whilst, on the other hand, President Trump tweeted that “talks with China are going very well”. It was, however, comforting to investors when the National Economic Council Director, Larry Kudlow, signalled the White House’s acceptance that the talks might need to be extended to achieve a proper resolution. Trump’s Twitter account went into overdrive as he celebrated an end to Special Counsel Robert Mueller’s 22-month investigation, which found no material evidence that he colluded with Russia during the 2016 Presidential Election. The next chapter of the saga will be whether the Democrats manage to convince the Attorney General to release the full report.

This side of the Atlantic, Brexit dominated the headlines (again), as the countdown to the UK leaving the EU on 29th March 2019 appeared to reach a crescendo. As it turned out, the EU granted the UK an unconditional extension to Article 50 until 12th April 2019 and a conditional extension to 22nd May 2019, subject to a deal being agreed with the EU by 12th April 2019. Nevertheless, the whole drama was nothing short of extraordinary and the fortunes of Prime Minister May whipsawed violently. The fortnight began with May surviving a coup d’état by a number of senior Ministers in her Cabinet, before seeing her government lose control of the Parliamentary timetable. Bizarrely, the House of Commons then rejected all eight indicative vote options put forward and subsequently rejected May’s ‘Meaningful Vote Three’, with Labour MPs, members of the European Research Group and the Democratic Unionist Party refusing to cooperate. This was despite May taking the unconventional step of promising backbench Conservative MPs that she would step down as Prime Minister if her deal was passed. Sterling weakened by 1.9% against the US dollar over the fortnight, not helped by the legal default still being a ‘No Deal’ Brexit on 12th April 2019.

Economic data released over the fortnight in the US was mixed. The Philadelphia Fed Manufacturing Index came in at 13.7 against 4.8 expected, the largest monthly increase since 2010.  By contrast, the Conference Board Consumer Confidence Index unexpectedly fell to 124.1 against expectations of 132.5. Within the fine print, the indicator measuring the perceptions of job availability experienced its most significant decline outside of a recession, since 1967. Another disappointment was fourth quarter GDP being downgraded to 2.2% year-on-year compared to the previous estimate of 2.6%.

In light of the current political impasse surrounding Brexit, economic data was surprisingly strong in the UK. Retail sales, for example, rose by 0.4% month-on-month against expectations of a 0.4% decline and the unemployment rate nudged down from 4.0% to 3.9%. The Treasury also appears to be successfully tightening its purse strings, as public sector net borrowing, came in at £0.2 billion, bringing year-to-date borrowing to the lowest level for 17 years. 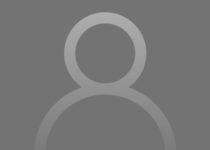 Tactical Positioning As we discuss below, wild swings in equity markets continue. Three factors dominate investor sentiment: COVID-19 daily new infection and death rates, macro-economic data, and the actions by central banks and governments to protect their economies in lockdown. The third of these factors may be having the most significant impact on financial markets […]

Tactical Positioning As we discuss below, equity markets have been strong over the past few weeks and our portfolios continue to benefit from the recovery. However, looking into the second half of 2020, one source of increasing concern is the performance of sterling against a background of difficult Brexit trade negotiations, significant money printing and […]

Tactical Positioning As we discuss below, some of the ‘sugar rush’ in equity markets seen in April has evaporated over the last couple of weeks. Sensing that this might be a possibility, we reduced our equity exposure in the first week of May to ‘bank’ some of the recovery. This does not mean that we […]